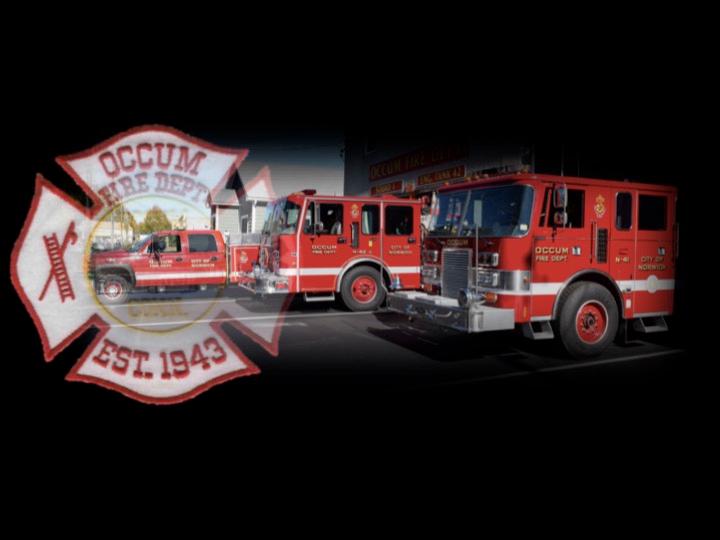 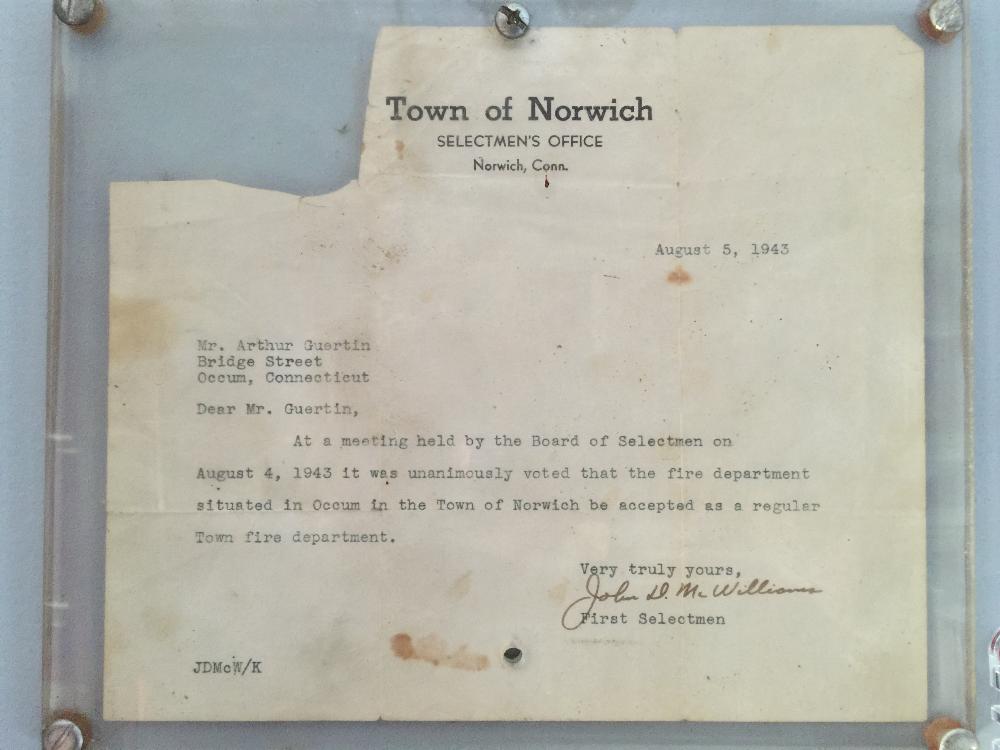 Our story begins prior to 1943. However, just as the image above depicts, the Occum Fire Department was officially founded on August 4, 1943 when the Board of Selectmen voted to accept the department as a regular town fire department. Occum Fire Department, or Station 4, is one of five volunteer fire companies in the City of Norwich, CT, along with Taftville (Station 2), Yantic (Station 3), East Great Plains (Station 5), and Laurel Hill (Station 6).